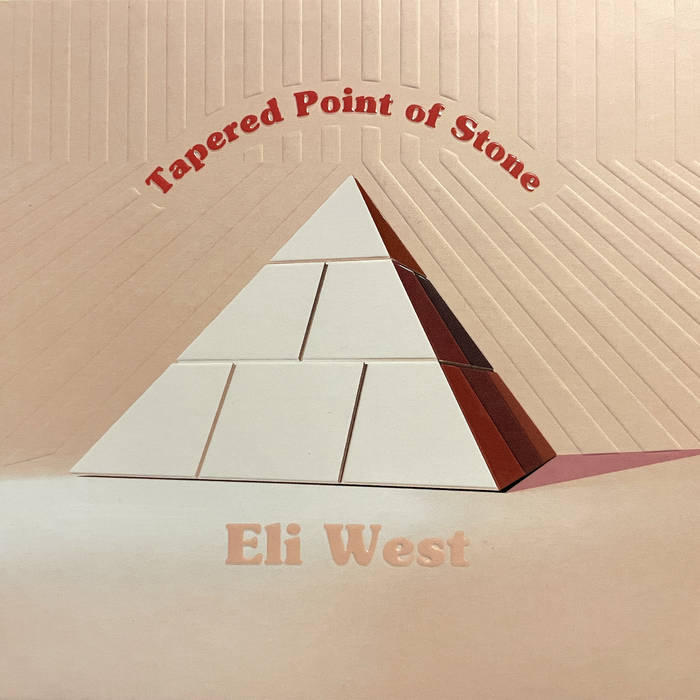 It’s always illuminating to ask an artist how they understand music, but Eli West’s perspective is nothing short of ground-breaking. A trained designer, he sees music architecturally, visualizing his compositions spatially. It’s a highly unusual way to think about music, tied to his verdant natural world of the Pacific Northwest. On his new album, Tapered Point of Stone, due out April 23, 2021, West lays out original songs and tunes like houses built by hand, weaving their melodies into the setting of acoustic roots music that first inspired him. Recorded in 2020, just before everything shut down, the album brings together West’s favored quartet of musicians: Andrew Marlin (Mandolin Orange) on mandolin, Christian Sedelmeyer (Jerry Douglas) on fiddle, himself on mandolin, guitar, and banjo, and Clint Mullican (Mandolin Orange) on bass. This is the third album this quartet has built, including solo albums for Marlin and Sedelmeyer, and at this point they operate on a near-magical wavelength. As both a noted arranger, songwriter, performer, and composer, West has been crafting a Northwest-centric roots music aesthetic through earlier collaborations with Cahalen Morrison and John Reischman, and recordings with Bill Frisell and Dori Freeman. Tapered Point of Stone showcases West’s collaborative nature. “My identity as a musician is as much about collaboration as anything,” West explains. “I’m a second born, that might be part of it? Whether music is about communication or community, the sum is bigger than the parts.”

This ethos comes from West’s passion for bluegrass, where collaborative music making is the norm. West approaches his influences more from a John Hartford perspective than Bill Monroe, however. Whereas Monroe was about the flashy virtuosity and competitiveness of the individual, Hartford was about crafting beautiful and tuneful melodies for community: playing together, not showing off. Exposed to the joy of this music for the first time at a Matt Flinner and David Grier house concert, West says “what drew me in was the level of communication. It was a new language.” This shared language has taken West across the world, touring the UK, Scandinavia, Australia, and Europe, and has provided an endless source of inspiration, enabling him to craft a career built in combination with others. It also put him in touch with a world built by hand, away from the constant buzz of our digital society. “There’s a precedent to the music,” he says, “but it’s also young. Maybe it falls in a spot where there’s enough tradition and enough opportunity at the same time.”

West grew up among Douglas fir and western red cedar in the Pacific Northwest, building forts and playing with stick guns (his pacifist father, a family doctor, forbade squirt guns). This setting closely informs his songwriting, especially after the recent passing of his father. It’s a perspective he explores eloquently in the title track, speaking of his childhood in the Olympic rainforest, home to Roosevelt elk, where “The horns protrude in anger / and beg to take my crown / Meanwhile the fleece of grief / Slips off quite like a gown.” The album became a vessel for West to grieve and remember his father’s legacy. “I turned inward, exploring loss,” he explains. “My father was a beloved family doctor in the region. He delivered most of my teachers’ babies. His passing begged questions of community for myself. For our music community, we’re not as geographically connected, so it’s been especially hard with COVID.” Tapered Point of Stone is Eli West’s reconnection to the musical community that’s given him so much, a path forward for an artist who defines music through the joy of creating with others.

It’s always illuminating to ask an artist how they understand music, but Eli West’s perspective is nothing short of ground- breaking. A trained designer, he sees music architecturally, visualizing his compositions spatially. It’s a highly unusual way to think about music, tied to his verdant natural world of the Pacific Northwest. ... more

Bandcamp Daily  your guide to the world of Bandcamp